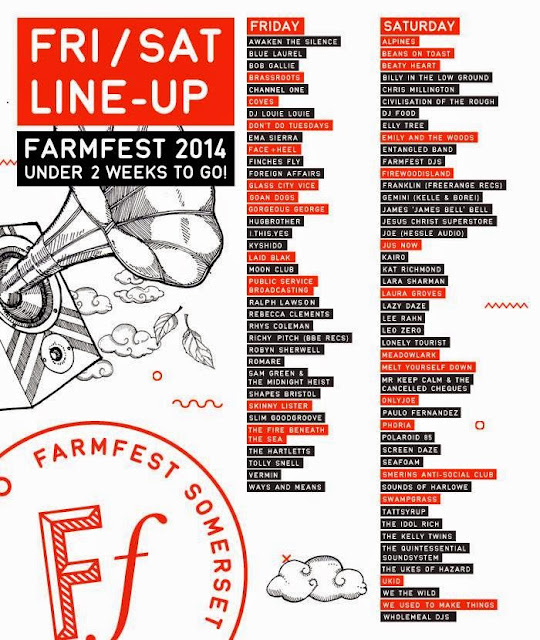 Farm Festival at Gilcombe Farm near Bruton in Somerset is one of the best kept secrets around these parts...
It's a lovely festival that harks back (as much as you can, these days) to those Halcyon Times when people could just get together in a field and Party - since I were a lad though, as I know to my cost, these things have by-and-large fallen victim to the Scourge of Capitalism. Not so Farm Fest, which has remained commendably true to its original ethos, and donates profits to charity, this year's being Send a Cow.

The festival started small, and as you might expect it stayed under the Media radar for quite a while.
Well, it did until them over in That London cottoned on and came over 'ere with their Drum an' Bass an' Junglist Tripcore and I don't know what else...
(I really don't know what else. I've just used my quota of HipSpeak for the month.)

There is however, even in this enclave of Hipsterness a corner that is Forever West of England... the Sett Stage, curated by the redoubtable Ollie Hulme, puts on local bands for the whole two days and nights, and attracts just as many punters as the other stages.
We were on in the early evening on Saturday, and by the end of our set we'd filled the marquee and then some... it's a fantastic feeling to be standing on a stage, watching people jostling to get into the tent where you're playing, when the whole place was empty before you started. One of those gigs that reaffirms your whole faith in being in a Band in the first place: that many people in one place can't be wrong!
Our stand-out gig of 2014 so far, and it'll take a lot of beating.
﻿﻿﻿﻿ After we'd cleared the stage and I'd returned from the bar, a lovely young lady appeared from the crowd, grabbed me by the beard and planted a kiss on my lips, which was pretty much the perfect ending to that gig, so thank you Ma'am, whoever you were! :)

Oh, and thanks to Sound Engineer Doug, and Drummer DFP's Fiendishly Clever Recording Device, here's the set:
Posted by slylittlei at 1:18 AM No comments:

Pump up the volume 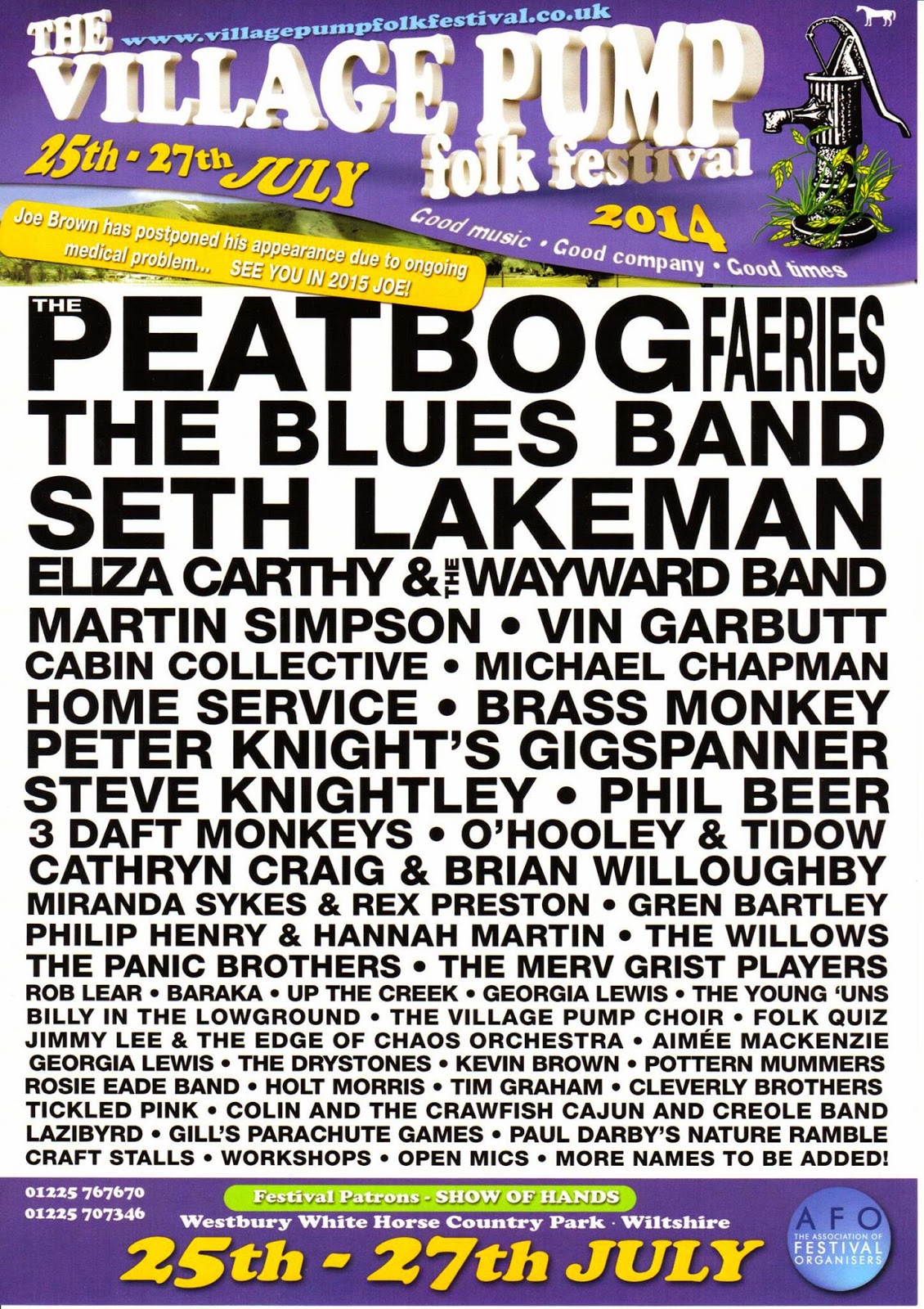 And so on to the Village Pump Festival in White Horse Country park - our 3rd year on the trot at this much-loved mainstay of the Folkin' calendar, and once again we're in the 'Late-night Extra' slot at midnight on Stage 2. This slot works particularly well for us, as being on the (ahem) louder end of the spectrum, we'd probably clear the venue in minutes if we were put on in an afternoon slot, as happened memorably a few years back when they somewhat perplexingly booked the mighty Jah Wobble....
The Pump crowd that were still up for a party at midnight had left their deckchairs behind though, and were soon leaping about like mad salmon. Fair play to them, as it was stiflingly hot that night - when we came off stage we were all wringing wet, and had to do some serious rehydration work at the bar - many thanks to the chap who bought us all drinks, by the way - you're a Star, mate!
All credit to the Soundcrew and organisers as well - once more it was a brilliant event to be involved with from start to finish, and I hope it goes from strength to strength.
I suspect we were still a bit too much for some of the older guard there, though... the following morning I wandered onto site in search of breakfast, and found myself behind a couple discussing last night's festivities:
"And did you see that lot on at midnight? Ooh, they were so LOUD!"
"I know... you can't call that Folk..."
Here's some video footage shot by my son Joe on his mum's Blackberry... the poor device wasn't cut out for recording amplified music, so I cut off the horrible distorted racket and replaced it with an older recorded version - cheating I know, but I think it sort of works!

Posted by slylittlei at 11:00 AM No comments: