Dance before the Storm... 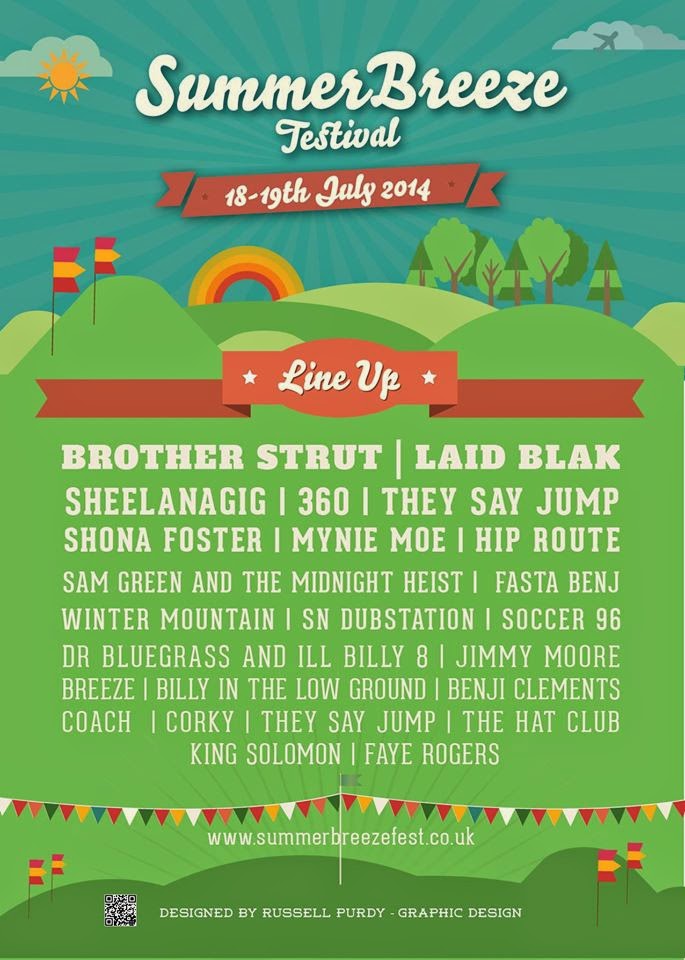 The thing (well, one of the many things) that I like about playing Festival gigs is the edgy unpredictability of it all - saying that, a few things are fairly standard.
You have:
A timeslot which may, or more likely may not, actually be your timeslot.
An onstage backline that may not be what you were expecting, or might not be there at all.
A Sound Engineer who may be a super-efficient whizz-kid with an iPad who hasn't a clue what he's doing, or a wizened old geezer with a rollup tucked behind his ear who used to roadie for Led Zeppelin, and can do a line-check in 30 seconds flat with nothing but said rollup and a raised eyebrow.

You don't have:
Any guarantee that the rest of the band will show up on time.
Anywhere to park the van.
Any free beer.
Any control over the weather...

For bands like ours who have experienced the entire spectrum of these silly generalisations in various combinations over many years, it's a pleasure to come across a Festival that bucks the trend, and Summer Breeze Festival did that in spades - a perfect site, nestled in a little valley in an idyllic spot outside Swindon (quite a lot outside Swindon, obviously), running over two days, with camping, two stages, great Real Ale & Cider bar, lots of food stalls and other stuff, and crucially, people organising it who really cared about making it a success.
Apparently the festival used to be a lot bigger (this is the 7th year it's run), but after licensing issues last year it had to downsize from 2000 to 500. After being on the Management Committee for Bristol's late-lamented Ashton Court Festival for a few years, I'm well aware of the hassles they must have had to get the event put on at all, so all credit to them.

﻿
As we rolled up, the sun was shining, despite the horrendous thunderstorms, twisters and the like that had been afflicting those of us further West for the last 24 hours, the place was full of lovely partying people and tumbling tots, and if there'd been any lambs around, they'd undoubtably have been gambolling...
As soon as we took to the stage though, a few ominous fat raindrops started to fall...

﻿
By the end of the first song, it was properly pissing down. I'm talking vertical stair-rods of rain that wouln't be out of place in a Monsoon.By the end of the second song, there were Hailstones the size of marbles bouncing off the stage (and the brave few dancers who'd already resigned themselves to getting soaked)
We never got to the end of the third song - Toby the Sound Engineer wisely decided to call a halt to proceedings and power-down the whole stage, what with it being a tall metal-framed structure and all; this was a good decision, we all agreed, as the thunder cracked right over our heads...
We all Bravely Ran Away, and enjoyed Nature's Lightshow for 20 mins or so until the storm passed, and we hopped back onto the (now rather slippery) stage, and did a few more songs until our stagetime ran out. Needless to say, the sun then came out, and shone gloriously down for the rest of the evening..!
It would be easy to feel somewhat hard done-by by this, but hey, that's part of the deal when you play a Festival, and that's why I for one love doing them.
For my part, I'd rather play one gig like that than a dozen pub gigs that I'll forget all about a week later...