Two festivals in a row...

Well that was a busy couple of weeks! Off to the Village Pump festival first, on its new site overlooked by the Westbury white horse, in Westbury country park - a great site, by the side of the old concrete works, which doesn't sound too scenic, but it somehow works...
Perfect weather as we rolled onto site on Saturday afternoon, and it kept up all weekend. Our set was due to start at midnight on Stage 2, so we had to be very well behaved and stay off the booze for most of the day. Some of us almost succeeded, too.
A very quiet, rather 'polite' vibe to the festival on Saturday, I thought, with most of the acts on both stages tending well towards the folkier end of the spectrum. Honourable mention must go to local band Penny Red, though, who performed on Stage 2 in the afternoon - great musicians, and the lead singer had a really unique voice, I reckon they'll go far. Show of Hands were great on the mainstage later, too.
Late that night, arriving backstage with the van full of gear, Chris was accosted by a security guard who had been told by a over-zealous steward that a "suspicious looking character" was heading backstage... Chris eventually managed to convince the bloke he was legit, while the rest of us helpfully fell about laughing.
Turned out there was a scheduling mix-up, and the band we thought were following us were in fact going on first... we weren't too keen on this, as we reckoned people would drift off back to the campsite while we were setting up, but in the event we needn't have worried - despite not taking to the stage until gone 1 a.m, we still had a packed hall of happily drunk & leaping-about people to play with, and they didn't want to let us go when we had to stop at 2.
Probably our best gig this year, and hopefully some decent photos will surface eventually - there were certainly enough large, expensive looking cameras going off during our set, I can only surmise that their owners haven't recovered yet!

The following Friday, and another late night beckons at the Farm Festival, near Bruton in Somerset.
We played here last year, and it couldn't be more different to the Village Pump in terms of music and clientele - much younger crowd, and music composed mainly of  'sounds wholly or predominantly characterised by a succession of repetitive beats'. Some of it might be dubstep. I wouldn't know. I don't care, frankly. Straight to the bar for a few pints of Black Rat cider, methinks...
We were initially due to play an hour-long set at 11 p.m. in the Battleground tent, but due to the fluid nature of festival scheduling (the band due on before us hadn't found their way there from Brighton yet), we ended up starting about an hour earlier than intended - never mind, the tent was packed, and by the end of the first song, they were all up & dancing - this was going to be a good 'un!
A few bars into our second song however, the fluid nature of festivals decided to give us some real trouble... all the sound and lights for the whole tent died, and there ensued much frantic scrabbling about with torches by the heroic soundcrew and lampies before electricity was restored to the PA after about 10 minutes.
We normally reckon that most gigs are improved by the addition of cider, but it turned out some twat had managed to pour some into the power distribution point, shorting the whole lot out... we managed to play one song in total darkness before the lights came back, but of course most of the crowd had wandered off by then, and it took most of the rest of our set to get them back - it was a great gig by the end of it, but could have been a whole lot better...
Posted by slylittlei at 7:36 PM No comments: Links to this post 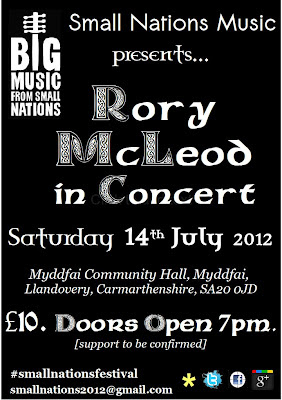 Well, quite a few gigs under the belt since I last got around to updating this, starting off with a little do in Bathampton, in the grounds of the school back in June... we did this one last year, and it's a very well run village/school fete which was unfortunately blighted by rain this year (as has been pretty much every outdoor event in this excuse for a summer). Unlike last time we were under what looked like a substantial solid awning over the stage, but as the rain got going we and the soundcrew discovered that the awning was designed to keep small children shaded from the sun, not keep water off them. It leaked like a sieve.
Cue much running around and swaddling of equipment in binliners... all good fun, and the folks who braved the downpour and stuck around seemed to like us, so it was worth it in the end.
End of June we were back at the Oxford in Totterdown, my favourite music pub in Bristol, and a riotous crowd gave us the best reception we've ever had in there - crowd surfing included! It's always a sign of a good gig when at the end of the night you can see footprints on the ceiling. Ruth got so carried away she tripped and fell off a bit of stage, which caused her foot to swell up and go a funny colour. Not to worry though - as Rory McLeod commented the other night, it was probably just a stage she was going through...
Further disasters and calamities abounded at our last gig, a benefit for the Small Nations Festival, held in a rather posh community hall in Myddfai in Carmarthenshire, where we were supporting Rory McLeod. The weblinks for buying tickets had broken down, so the organisers only knew of half a dozen advance tickets sold, but happily there was a reasonable turn-out on the door. First on the bill was Andy Jones, who used to play with the Boys from the Hill back in the days when we were regulars at the Pontardawe International Folk Festival, and it was great to catch up with him again. Halfway through his first song, our Simon's guitar fell off a chair behind him and went crashing down behind the stage, causing poor Andy to jump out of his skin and stop, but it didn't put him off his stride too much.
Our set was distinctly odd... for a start we didn't have Nick the drummer with us, so had to do it in an  'unplugged' style, which we swiftly concluded didn't really work... Simon's guitar took yet another nose-dive down the back of the stage (though remained miraculously undamaged) and Chris managed to completely forget the opening chords to a song we've been playing for 20 years... all in all, not one of our best, I'd have to say, though we seemed to go down well and the organisers want us to play the Small Nations Festival next year. Maybe it sounded better than we thought...
Luckily Rory McLeod seemed unaffected by all the poltergeist activity - for about 5 minutes, anyway, until he knocked his drink all over the stage... then towards the end of his set, he broke a string, and couldn't see to restring it, until a lovely little old lady in the audience gave him her reading glasses..! Rory was great though, an amazing showman, and one of the best harmonica players I've ever seen to boot. He's also a thoroughly nice bloke, which is always a relief when you meet someone of his stature. Quite a few musicians have a reputation for being, shall we say, a bit of a knob when you meet them...
Posted by slylittlei at 9:37 PM No comments: Links to this post