Wolves, Horses and other assorted wildlife. 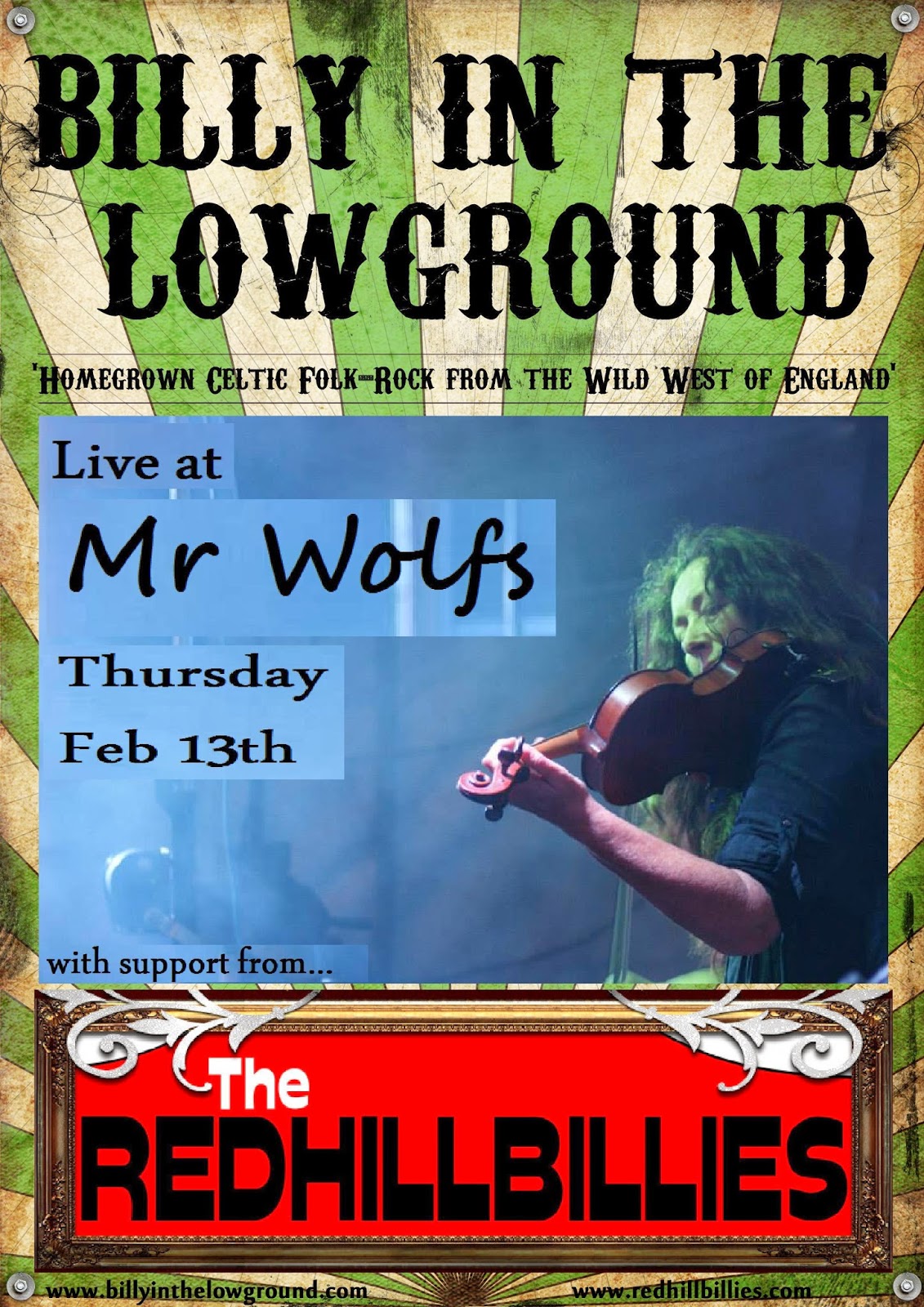 Way back in the freezing mists of February we were back at Mr Wolfs, a lovely little club in Bristol City Centre. Usually a lively one this, particularly towards 11 o'clock when the place suddenly fills with students for the DJs and late drinking.
Support for the night were the Redhillbillies, a very nice bunch of lads and lasses doing mostly Country covers - good to see how a genre of music that was once seen as terminally uncool is having something of a renaissance at the moment. I was particularly taken with the bassplayer's original 1970s Rickenbacker, which he'd bought new. Battered as hell, but sounded lush.
A good night, although a bit quieter than usual, perhaps because it was a Thursday? Never mind, we'll be back here in June on a Friday night, which should be nice and steamy...

At the beginning of March we were back on the alien planet (to me, at any rate) of a Point-to-Point Race Day in Didmarton - as I observed last year, this was basically a Festival for posh people, with horses instead of bands. We played in the beer tent after the last race again, and this time on a decent stage a good few feet above the ground, which was just as well...
Things proceeded pretty much as last time - an awful lot of alcohol had evidently been consumed (either that, or posh people really can't hold their liquor), and there was a lot of very bad dancing - so far, so entertaining, but a couple of things really got my goat; one young toff who looked the dead spit of David Cameron at 14 decided that the side of the stage next to me was the ideal place to put his brimming pint - right next to a four-way extension with 4 live plugs in it? I snarled "NO!" at him, and he scooped it up and scurried away, luckily.
Meanwhile, Simon had a girl sitting on the front of the stage pretty much on top of his effects pedalboard texting her mates, and a couple of drunken oafs managed to knock one PA speaker and a set of lights flying... I waited for them to put it up again, but no - they just wandered off. Presumably they usually have servants to do that sort of thing for them.
To round off the night, a huge fight erupted in front of the stage, with everyone within range getting roped into it while we guarded our gear... Ho hum. I couldn't get away fast enough.

Back to some welcome normality the following week, and the Royal Clarence Hotel in Burnham on Sea - a great little hotel/pub right on the seafront, with drinks so cheap that I thought I'd been given too much change... A weirdly shaped room to play in, but a decent stage, good lights and a very helpful and enthusiastic landlord. I'd certainly be happy to play it again, despite the unwelcome attentions of the somewhat under-the-influence woman who buttonholed each of us individually to tell her life-story to after the gig, before latching on to me with a vice-like grip to continue her amphetamine-fuelled jabber at some length... oh, for a squad of roadies to do all the clearing-up while we can all swan off to a hotel suite. One day, one day..!
Posted by slylittlei at 5:25 PM No comments: Links to this post